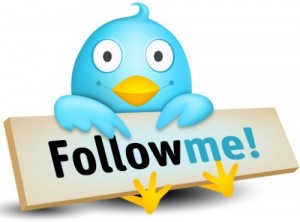 What’s all the flutter about the little blue bird?

Twitter, tweet, tweeting, tweeted… What in the world?  Do you follow me, do I follow you?  Are we talking about birds and stalkers here?  No, we’re talking about what 175 million people that have Twitter accounts know.  We’re talking about 1 billion tweets a week.  That’s a lot of tweeting and tweets that have been tweeted!  Folks that tweet have learned the fine art of saying a lot in under 140 letters. The little blue bird icon for Twitter has a lot of folks “singing” their tune in these truncated messages called tweets.  So, what about the stalker… do you follow me or do I follow you?

When you “follow” someone on Twitter, it’s not stalking at all.  You can see via “tweets” all of someone’s or some businesses comments about a wide range of topics and posts and issues.  When someone “follows” you, they see all of your comments, posts, and photos.  It’s almost like a one-sided-phone-conversation where you put forth your message and others read them.

Elected officials have mastered the art of using Twitter as a means of keeping voters informed before an election about their position on issues, where they will be speaking, and what their issue of the day might be.  Once elected, these officials continue to use this social media as a means of staying in touch with their voters.  Twitter for public policy is no different.  (As another service for you, let The Echols Group set up and manage your social media!) These same elected officials from the federal, state and local levels, use tweets to gather support for or against an issue.  Twitter has become another medium in forming public opinion.  The question then becomes, why not use Twitter to convey your message to decision makers at the Mississippi Capitol?  The answer:  If 79% of Fortune 500 businesses are using Twitter… what are you waiting on – let customers and decision makers know what’s going on with you and your business.  Or should this Mississippi lobbyist says let them “follow” your “tweets!”

This entry was posted in Latest News, Social Media & Lobbying. Bookmark the permalink.
← Everybody Is a Lobbyist!
Lobbyists Call Attention to Your Issues at Capitol →